A concrete mixer machine is a machine that mixes cement, sand and gravel aggregates and water into concrete mixtures. It It is mainly composed of mixing drum, feeding and unloading mechanism, water supply system, motor, transmission mechanism, frame and supporting device. 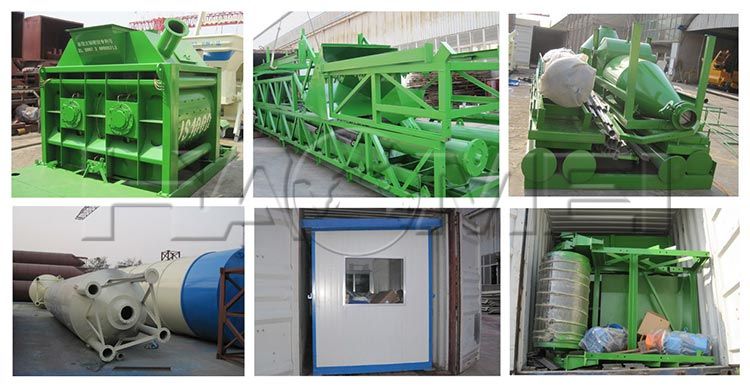 It is mostly used for mixing plastic concrete and low fluidity concrete. The barrel and blades are less worn and easy to clean, but the power consumption is large and the efficiency is low. The mixing time is time is generally 90~120s/batch.

There are several groups of blades in the drum of the twin shaft concrete mixers. When mixing, the blades rotate around the vertical axis or the horizontal axis, and the material is forcibly stirred until it is evenly mixed. This kind of mixer has a strong mixing effect and is suitable for mixing dry hard concrete and lightweight aggregate concrete, as well as fluid concrete.

It has the advantages of good mixing quality, fast mixing speed, high production efficiency, easy operation and safety. However, the machine parts are severely worn, and generally high-strength alloy steel or other wear-resistant materials are used as linings, which are mostly used in centralized mixing plants.

Next: How to Choose The Volume of Bulk Cement Storage Tanks