The Structure of Planetary Concrete Mixer

In recent years, planetary concrete mixer has increasingly replaced twin shaft mixer in the production of building materials and individual engineering construction industries. It can be used to mix various components both in the concrete industry and the the production of refractory materials, solid waste and other materials. 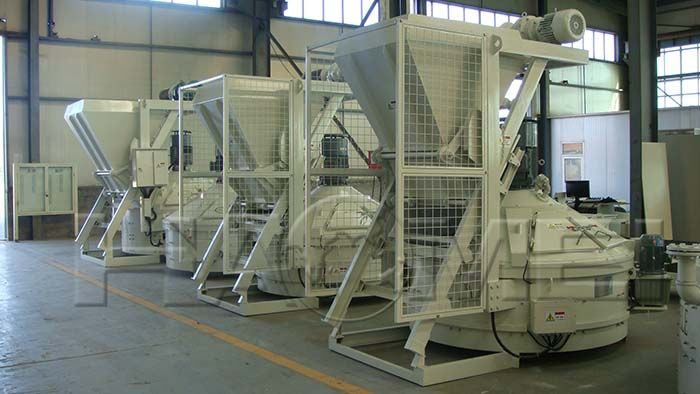 The structure of industrial planetary mixer is very simple. The round cylinder body is equipped with a stirring device driven by the integrated bidirectional reducer. In order to mix various materials, it only needs to adjust the rotation and revolution speed of the mixing device of he planetary mixer, which will not affect the mixing uniformity.

The motor is driven by a single motor to ensure the output speed and reduce the internal consumption of the equipment, thus achieving a complete seal.

Therefore, the mixing material in the planetary mixer has both horizontal movement and vertical movement, which is more conducive to breaking the agglomeration of cement particles, so that cement molecules can be more fully combined with water molecules, truly achieving even mixing.

That’s why planetary mixer for sale is irreplaceable. There is no shaft end sealing problem. It is of more stable transmission and can meet various production processes with high mixing standards such as ceramic slurry mixing process and refractory mixing process.

Next: Why to Choose Planetary Mixer