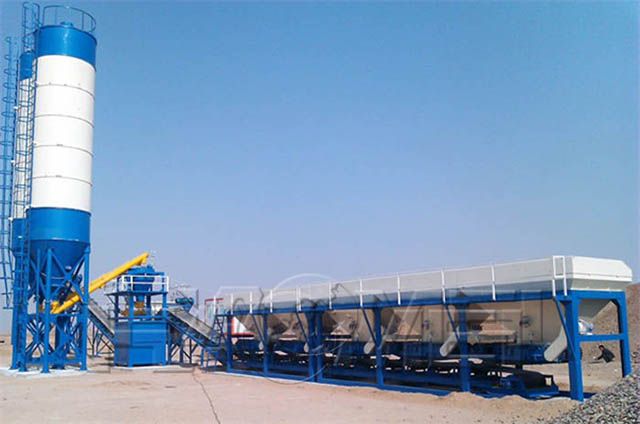 The mixing system: It is of a twin-shaft compulsory mixer, featuring uniform mixing, high mixing efficiency and good mixing quality.

The stabilizer feeding system: It is used to store cement and lime powder and other materials, which are conveyed to the mixer through the conveying device and mixed with the aggregate at the same time.

Water supply system: A certain amount of water and additives need to be added during the mixing process.

Prev: How to Build A Soil Cement Batch Plant

Next: Why Do You Need Self Loading Concrete Mixer Machine