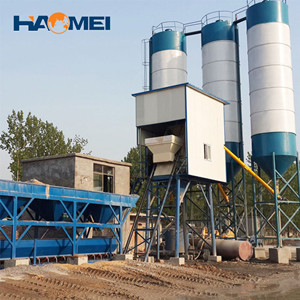 For the mobile concrete mix plant, all the parts are installed on a transport chassis, which is convenient to move. It is generally used for various medium and small temporary construction projects, and can be rented for personal use. 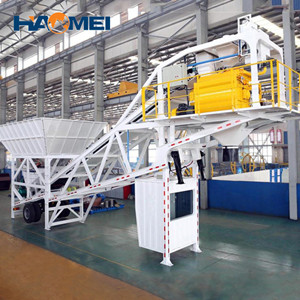 According to the weighing system, it can be divided into independent weighing and cumulative weighing methods. Separate weighing will be equipped with a separate weighing unit for each material. For this weighing, the precision is very high, but the design is complicated and the cost is high.

Cumulative weighing is to add all the aggregates into one hopper, which is easy to make mistakes. It is not suitable for large amount of concrete production. However, the structural design is simple and the cost is low.

In one word, you need to make choice according to your actual need. Or you can consult our professional sales staff to decide which types of batching plant to buy.

Next: What Is The Concrete Mixing Pump