What Is a Dry Batch Concrete Plant 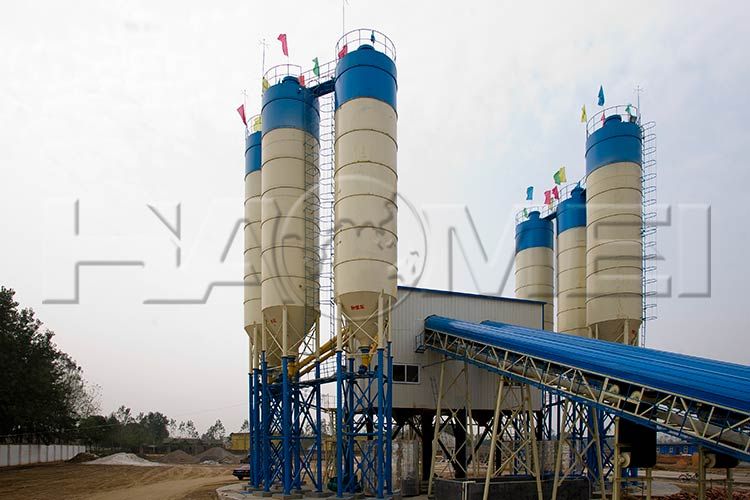 After completing the batching and weighing, the aggregate and cement are put into the mixing tank of the concrete mixer, and the preparation is completed under the mixing action of the mixing tank, and the water and additives are provided by the mixer. So we call such a station a dry mixing station.

The wet batch concrete plant some or all of the above materials (including water) into a concrete mixer in the middle. After mixing, the concrete is discharged into a mixer truck or mixer to deliver the concrete to the construction site. It should be noted that during transportation, the mixer or mixer truck should be rotated at an appropriate speed to prevent the concrete from setting. It has the following parts:

We adopt the twin shaft concrete mixer in mixing plants at home and abroad, which can mix fluidity, semi-dry-hardness and dry-hardness and other concretes. It has the advantages of high production efficiency, energy saving and environmental protection.

The material weighing system is a key component that affects the quality of concrete and the cost of concrete production. It is mainly divided into three parts: aggregate weighing, powder weighing and liquid weighing.

The main equipment of the material conveying system is the screw conveyor.

The main equipment of the material storage system is the cement silo.

Next: What Is The Use of Cement Feeding Pump