Indonesia is a fast developing countries. A lot of infrastructure needs to be constructed, therefore there is a large market for stationary concrete plant. However, the domestic stationary concrete batching plant is of design flaw and excessive cost. Now the author of this page will analyze this topic from eight aspects. 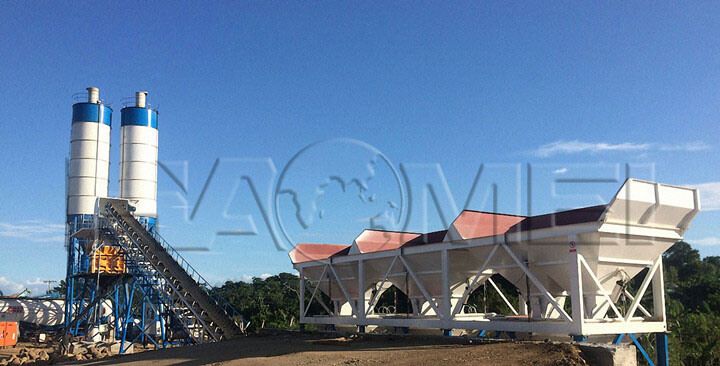 For example, the host mixer of HZS60 concrete plant at Indonesia is 1.5 m3 while that of Haomei HZS60 stationary concrete plant is only 1m3 concrete mixer(shown as the following pictures),which will at least save 100,065,000 RP. In addition, the saved electrical charge will also be a great number. 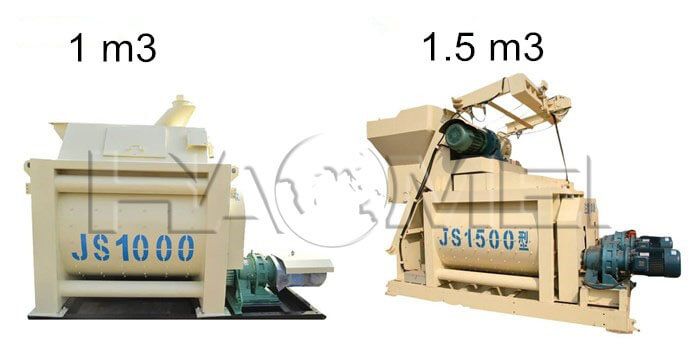 The angle of the domestic belt conveyor is too large, usually at 50°. However, the angle of Haomei belt conveyor is lower than 30°(shown as the following pictures). The smaller angle means the smoother convey and high efficiency because of less gravitational potential energy. 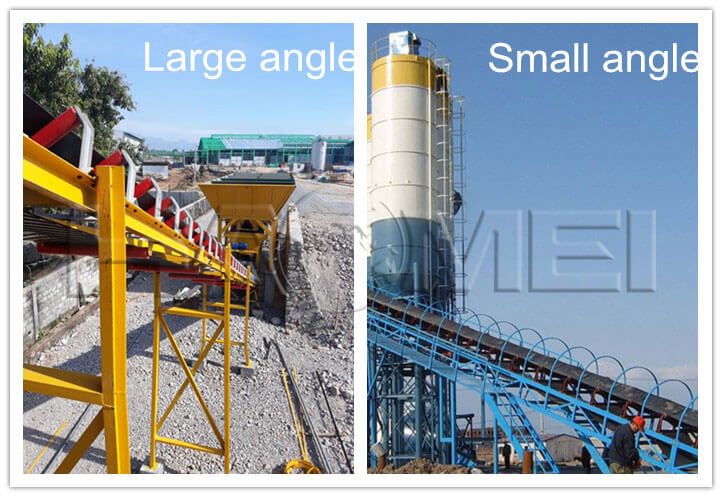 A stationary concrete plant is for producing high quality concrete, but just producing concrete. For reaching this purpose, accurate weighing is very important, but the aggregate bins of local stationary batching plant only has one funnel, which will be difficult to control the last result because of quick flow of large amount of the aggregates.

Haomei stationary concrete batching plant not only has independent weighing system, but improves the aggregate bins which now have two funnels. When the aggregate is approaching the setting amount, only one funnel will be left to let the aggregate flow through, which contributes to more accurate control of each concrete material’s amount. 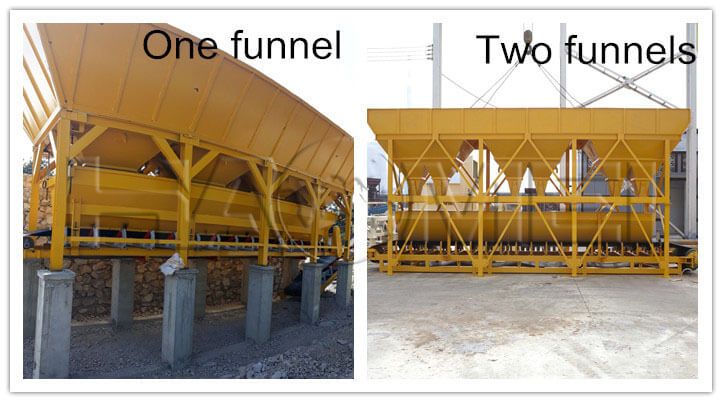 The Screw conveyor angle of the local stationary concrete plant is generally above 60°. That of Haomei stationary batching plant is about 45°(shown as the following pictures). Smaller screw conveyor angle is helpful for the longer service life of the motor and the spiral. At the same time, the conveying capacity will greatly increased. 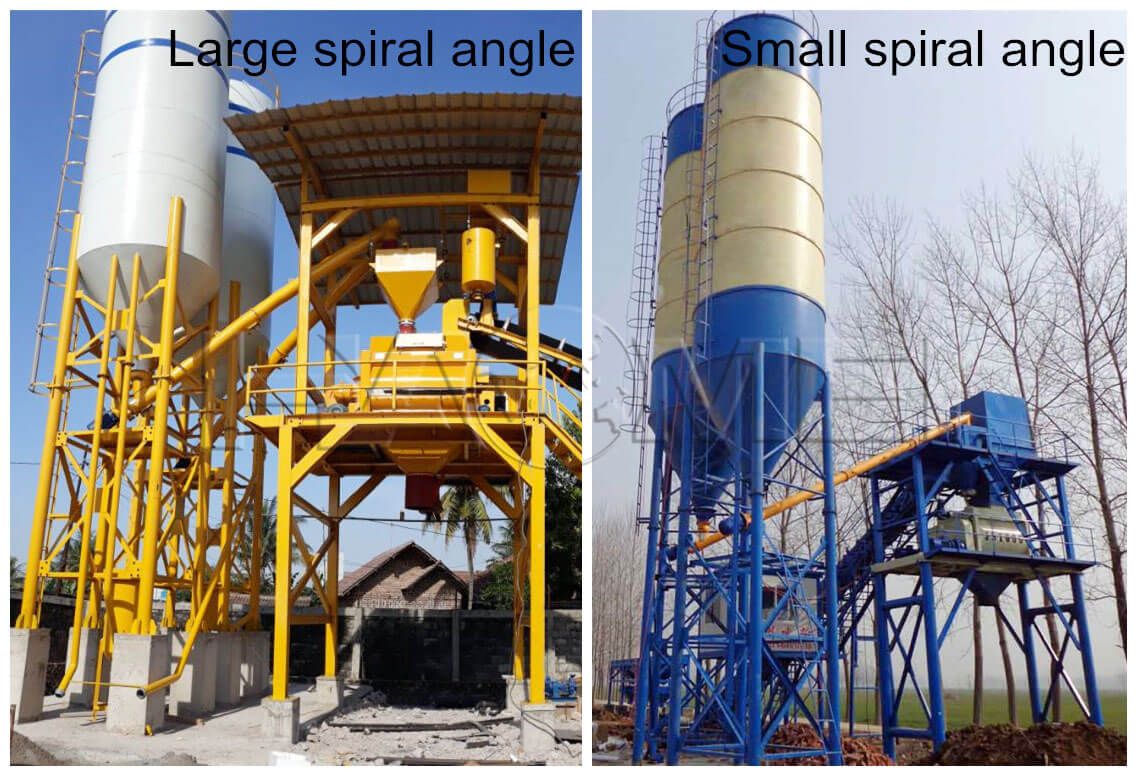 5. Stairway Along The Belt Conveyor

There is no stairway in the local stationary concrete plant. When there is something wrong the the concrete plant, it will be troublesome and dangerous to fix it. Oppositely, there are the stairways along the Haomei concrete plant, you just need to step up and check what's wrong (shown as the following pictures).

When the machine doesn't work, how to solve it in time is very important. Haomei Machinery will make your satisfied all the time.

1) When we arrange delivery, we will give away some easily damaged parts for free for customers to replace.

2) We have local partners. If there is any problem with the machine, you can contact our local service staff to deal with it in time.

3) The customer should install and timely maintain according to the guide book. 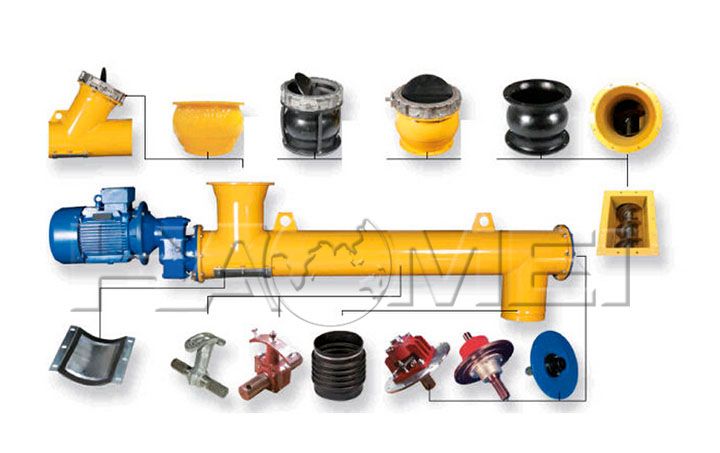 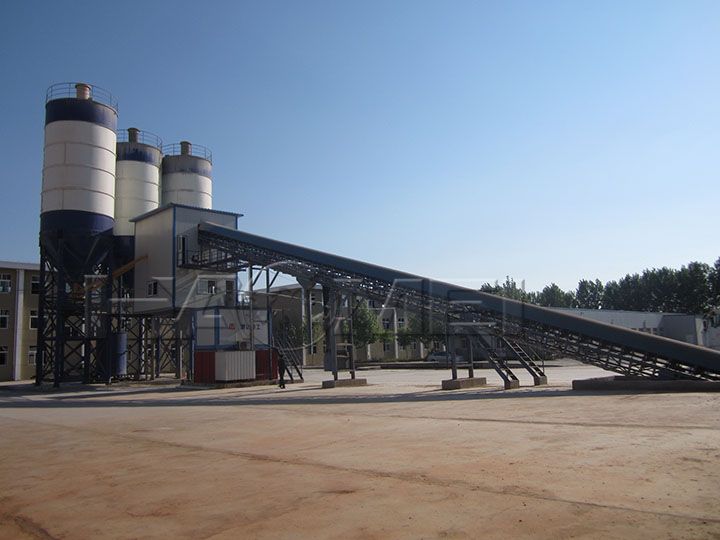 Since Haomei stationary concrete batch plant is of modular structure, the installation and adjustment time is about 20 days.

Prev: What Are The Different Types Of Concrete Trucks

Next: What Will Affect The Mobile Concrete Batching Plant Price