With the development of society, the demand for concrete has kept increasing. Twin shaft concrete mixers are becoming more and more common. JS500mixer is a small model, which is also called 4 bag concrete mixer. How does it work? 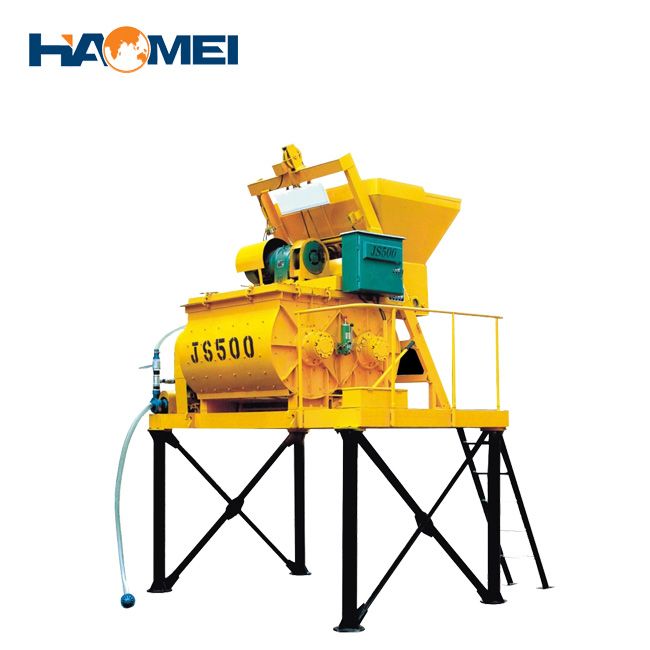 The working principle of the concrete mixer is to make the trajectories of the components of the mixing material in the mixing process intersect each other in the relatively concentrated area as much as possible and to maximize the mutual friction, creating the most favorable conditions for the concrete mixture to achieve homogeneity.

The mixing purpose of JS500 concrete mixer is to make the components uniformly macroscopically and microscopically, destroy the agglomeration of cement particles and promote the development of the dispersion phenomenon.

The task of the 4 bag concrete mixer is to produce a strong flow and complex trajectory of the mixture, to produce a larger relative velocity between the particles and to produce collision and cause greater friction power.

The mixing shaft of JS500 concrete mixer is equipped with 6~7 mixing blades. The mixing blades rotate at high speed in the mixing drum, which can quickly mix various materials to a large extent. The JS series mixer can be used as a mixing host of concrete batching plant for both engineering and commercial purposes.

Prev: What Are The Advantages of Concrete Mixer With Pump for Sale