On the premise of meeting the output and quality of concrete, the mobile concrete mixing plant realizes the rapid installation, flexible movement, convenient relocation, mass production, environmental protection and efficient construction. It is especially suitable for all kinds of roads, bridges, dams, airports, electric power and other mobile construction sites. 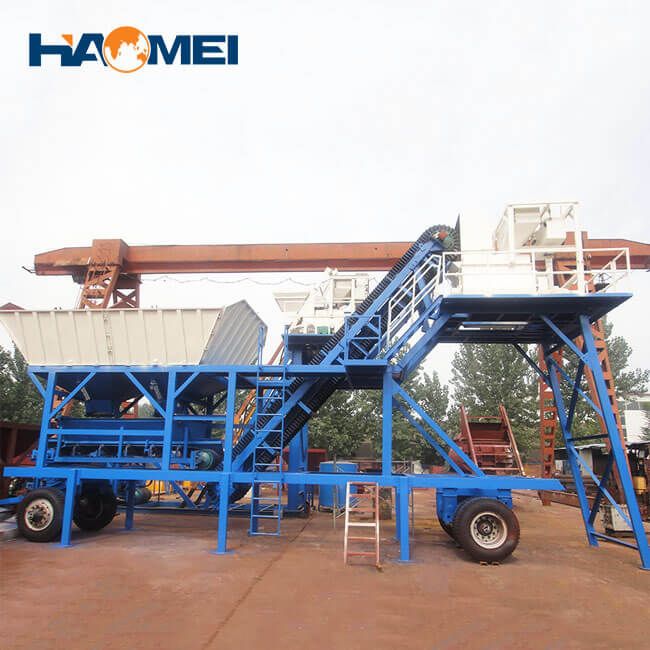 Its theoretical productivity is 25 m3/h. The mixing host is JS500 twin shaft concrete mixer and the batching machine is PLD800. Trail speed is ≤40 km/h. has complete functions, complete batching, mixing, metering, and control systems. It covers a small area and is cost-effective. It is suitable for small and medium-sized hydropower, highways, ports, airports, and other mobile projects.

YHZS35 mobile concrete batching plant is the most favored model by the customer. In terms of capacity, the theoretical productivity of YHZS35 mobile mixing plant is 35m3/h, which basically meets general construction requirements.

In terms of overall control stability, each module of the YHZS35 mobile mixing plant is designed scientifically and rigorously and can be produced for a long time. Moreover, the YHZS35 mixing plant is very cost-effective, which can give customers a large return on their investment.

Among the all the models, YHZS50 mobile concrete mixing plant has a high overall production capacity. Its concrete mixer is a little different from that of stationary concrete batching plant. It is a mixer model without a hopper. This type of mixer can be used with a belt conveyor to achieve higher productivity. Therefore, although the mobile mixing plant is simple, the production capacity is not inferior to that of the stationary batching plant.

Prev: What Will the Self Loading Mixer Bring for You

Next: How to Maintain YHZS25 Mobile Concrete Mixing Plant